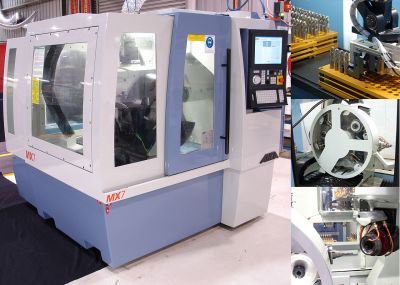 Machine tools make products by shaping, cutting, grinding and shearing metal and other materials into usable objects. Their efficient deployment is key to achieving operational efficiencies, especially where mass production is concerned.

Furthermore, the machine-tool sector is a crucially important economic sector. The economic crisis and growing international competition have led to rapid specialisation.

The EU-funded CHAMELEON (production-dependent adaptive machine tool) project sought to ensure that European industry is at the forefront of this new innovative machine-tool technology. Completed in November 2011, the project put forward a new approach to exploiting active intelligent devices integrated into machine tools, in order to achieve completely configurable and adaptive production lines.

The main objective, in practical terms, was to equip machine tools with a variety of active intelligent devices. These enable a machine to be completely adaptable to different jobs, making it, in effect, a chameleon in the factory. For example, the same machine can now

be used for both roughing operations on hard steel and high-speed machining of aluminium. In the past, two separate machines would have been needed for these two very different tasks.

In addition, a total of 11 new devices with intelligent activity were developed. These include an active damper to eliminate vibrations, a hydraulic actuator capable of compensating for the deformations in the structure of the machine, a magnetic levitation electrospindle, an ongoing system to locate tool position by means of laser, and an artificial vision system for the automatic search for references in large parts.

Another advantage is the fact that the position of the machining tool tip is under constant control, while the devices also have the potential to increase machine-tool productivity by eliminating vibrations and increasing machine precision.

The CHAMELEON project, which received a total of EUR 3.6 million in EU funding, will help to sharpen Europe's competitive manufacturing edge and maintain its position at the forefront of technology. European companies

will be among the first to be able to apply the adaptation concept. This offers potential not only for machinery manufacturers but also for end-users, the companies which, thanks to the devices developed in the project, will be able to expand the range of manufacturing operations they will be able to undertake.

The final results have already been applied to two machines. Most of the devices are currently in their industrial process stage, and it is expected that the innovations developed will be gradually introduced into the European industrial base.

The project was coordinated by IDEKO S. Coop. in Spain.