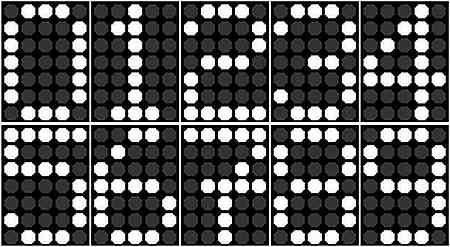 Matrix-Digits-5x7-
By wdwd (Own work) [Public domain], via Wikimedia Commons

Are natural numbers real or human constructs? An EU study aimed to bridge the divide between philosophical and cognitive viewpoints via re-examination of certain arguments and new collaborative discussion.

Natural numbers are ordinary integers, or counting numbers; it is debated whether zero should be included. Philosophy and psychology clash about whether the set is merely a product of the human mind.

The EU-funded NUMBERS (Number cognition and philosophy of arithmetic) project aimed to reconcile the conflict and find common ground. To do so, the team proposed a revised understanding of the issue, to be illustrated via a case study of fruitful collaboration. Finally, the group planned an exploration of the commonalities between the fields. The project ran for two years to October 2014.

Initial work involved revisiting the relevant concepts as understood by various disciplines. Such review included viewpoints from the philosophy of mathematics and cognitive studies. A journal paper described the problem and constraints, and a second paper (in preparation) suggests reconsidering certain historical objections to psychological research methods. The team also considered whether one particular mathematical function is an example of a Carnapian explication.

Researchers studied examples of fruitful interaction between the disciplines. The phase yielded several papers, considering constraints and correctness of certain methods, having been either submitted or accepted. Preliminary work was started on the computable features of natural numbers, as well as on several other collaborations.

The final aspect involved fostering collaboration between major players in both fields. The project facilitated this through a series of reciprocal international visits and workshops.

NUMBERS produced a new conceptual viewpoint regarding the divide between cognitive and philosophical fields. The project also helped to advance the careers of project researchers.