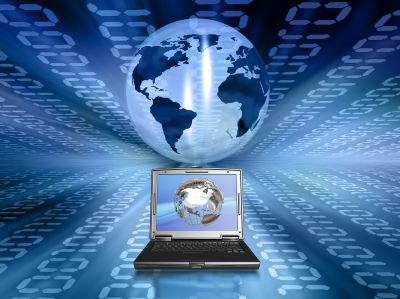 The marriage of information theory and quantum mechanics gave rise to the field of quantum computing. Now, scientists have advanced a mathematical formalism that promises to make practical implementation possible.

Several years ago, a concept called dissipative quantum computing was proposed as a robust way to implement quantum algorithms. Dissipation refers to the process of irreversible energy loss. Since quantum mechanics is typically described using a mathematical formalism (Hamiltonian) in which total system energy is conserved, a new formalism was required.

A new mathematical framework supports quantification of the storage capacity of noisy quantum memories. It was successfully applied to several control operations that could be applied during the storage time in the context of controllable dissipative time evolution and quantum computing. In addition, the analytical output will be useful for comparison to observations of experimental quantum memory implementations.

In other work, the team established bounds in the quantum domain that define fundamental energy restrictions on future implementations of quantum computers. The bounds also represent a trade-off between process time and energy efficiency. Other novel algorithms enable robust operation even in a poorly defined noisy environment. Implementation resulted in a significant acceleration in computation time for an unstructured search even compared to noiseless classical algorithms.

The mathematical foundations for quantum computing have been strengthened significantly, and results were widely disseminated within the scientific community. Outcomes are likely to have profound ramifications for the size and nature of problems that can be addressed in fields from cosmology to particle physics to biomedicine.