Proving the power of collaboration in mathematics 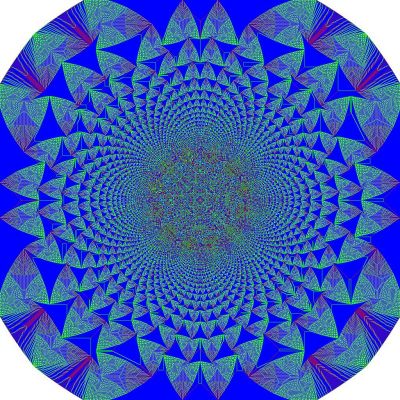 Backtang
By Claudio Rocchini (Own work) [CC BY 3.0 (http://creativecommons.org/licenses/by/3.0)], via Wikimedia Commons

Not many of us can boast being described as a ‘tour de force’ in our field. Nor can we say that our work has reached ‘masterpiece’ status among our contemporaries. As one of the top experts in dynamical systems theory in the world, these plaudits and more have been heaped on French-Brazilian mathematician, Dr Artur Avila.

Yet, in spite of such high praise for his individual achievements, Dr Avila has always strived to emphasise the power of collaboration and teamwork. As he leads the ERC-funded ‘Quasiperiodic’ project towards completion next year, his focus will be not only on the results but also what he can learn from his team of international peers.

The Early Career Award; the Michael Brin Prize; the Herbrand Prize: it’s no surprise to those that know Dr Avila of old that his relatively young career is soaring. By the age of 16, he was already showing an incredible aptitude for mathematics. He won a gold medal at the 1995 International Mathematical Olympiad and soon received a scholarship for the prestigious Instituto Nacional de Matemática Pura e Aplicada (IMPA) in his native Brazil. Five years later, at an age when most fresh-faced scholars are contending with a Bachelor’s degree, Dr Avila emerged from IMPA with a PhD. He moved to Paris and soon discovered that the ‘City of Light’ was a veritable playground for a young mathematician eager to collaborate with world-class peers.

“The most important for me is the interaction with a diverse set of mathematicians of high level. Paris is ideal in this respect. It has perhaps the largest concentration of mathematicians in the world. In France, I had the opportunity to have a full time research position while getting exposed to a huge amount of mathematics, which was an ideal situation for a beginner,” he explains.

Around ten years after he first moved to Paris, Dr Avila, now Professor at IMPA and senior researcher at CNRS (Centre National de la Recherche Scientifique), embarked on the ‘Quasiperiodic’ project with an ERC grant. Together with his team, he has been studying two distinct classes of dynamical systems which display a quasiperiodic component. The first class consists of quasiperiodic cocycles while the second class consists of translation flows on higher genus surfaces.

Two of what Dr Avila considers his most important recent achievements in relation to ‘Quasiperiodic’ have been solved hand-in-hand with fellow researchers, Mikhail Lyubich and Vincent Delecroix. Such opportunities for collaboration may be particularly plentiful in the coming years as dynamical systems, ergodic theory and spectral theory are currently some of the most active areas in mathematics. And while Dr Avila and his peers focus on the pure maths, research relating to these theories is also leading to a range of practical applications.

With his ERC Starting grant, Dr Avila has been able to fund five promising post-docs coming from France, the US, Greece, China and Russia. As Dr Avila says: “We want good people, and good people come from everywhere.”

Organisations like the ERC, Dr Avila believes, are helping to keep researchers at work in pure mathematics at a time when fewer and fewer positions are opening up. He comments: “The ERC grant has allowed me to fund post-docs with certain flexibility. This is helping to keep people doing maths when no permanent positions are coming up. However, we do urgently need to address the current trend towards the opening of fewer positions in pure mathematics.”

Although Dr Avila continues to enjoy the nurturing and dynamic research scene he found in Paris as a young post-doc, he will, no doubt, be returning to Brazil for at least a few weeks in August 2018, when his home country will host the next International Congress of Mathematicians (ICM). Taking the mantle from Korea who holds the ICM this month, the event offers Brazil an important opportunity to develop maths. He concludes, “The ICM will make a much larger public aware that there is such a thing as research in maths and that it is already being conducted at an international level in Brazil. This could make all the difference in getting young talented people to consider math as a possible career.”