Understanding how finance can better serve the economy, society and the environment

During its final conference in Brussels from 27 to 28 September, the FESSUD project brought together leading academics, economists and financial experts to disseminate its key results and discuss how Europe’s financial system can be better structured to serve economic, societal and environmental needs.

Following the major financial crisis and subsequent Great Recession of 2008-2009, of which it can be argued that Europe has still not fully recovered from, the EU-funded FESSUD project was formed to devise solutions to minimise the risks of such a catastrophic financial meltdown occurring again. The five-year project, due to end in November 2016, has examined the increased ‘financialisation’ of economies over the past 30 years, and have explored how this process has impacted the sustainability of the financial system, and how this has affected the achievement of specific social, economic and environmental goals.

As financialisation (the process by which financial institutions, markets, etc., increase in size and influence) has become a defining feature of the world economy since the 1980s, the regulation of the financial system has been a key focus for the project. Speaking during the conference, Jan Kreugel of the Tallinn University of Technology argued that politicians and regulators tend to have an ‘illusion of control’ with regards to financial regulation. He argued that rather than being effective at stopping a future crisis, regulations tend to set the conditions that will inevitably lead to the next financial crisis.

He detailed how a one-size-fits-all approach to regulation will not prevent a future financial crisis. The project examined seven European countries (comprising a mix of initial members of the European Community, later members, and countries that formerly had a planned economy). They discovered that when transposed into national legislation, European and internationally agreed financial regulations became much more specific to the conditions of each national economy.

He concluded that new financial regulations should ensure only pure monetary institutions have access to international payment systems, as well as guarantee adequate liquidity in the system. This will help to prevent regulations becoming too specific to certain countries and maintain a more general, yet still robust, regulatory framework.

The social consequences of finacialisation

FESSUD also examined the social consequences of financialisation, particularly amongst disadvantaged and economically poorer sections of society. The project partners found, by taking an extensive pan-European survey, that due to banks being the main interface between the financial system and society, participants reported experiencing the ‘disproportionate’ power of finance over their lives.

Financial institutions demonstrate very little responsiveness to the needs of marginalised groups, encouraging them to take on ever more credit to increase consumption, even if this is not in their best interests. Respondents felt that they had become ‘merely an account number’. Consequently, without any viable mechanisms for marginalised groups to express how financial services can work for them, they have grown to distrust banks and fear to engage with them.

The FESSUD research also highlighted how individuals have undertaken collective action to resist finance’s influence on their lives. For example, many individuals in the UK and Germany refuse a credit card, whilst many Belgians reported that they store some of their savings as cash rather than depositing into a bank. Overall, it is clear that new ways must be developed by financial institutions so they can better engage with individuals and respond to their real and actual needs.

Another important topic discussed at length was how best the financial system and the process of financialisation could better power the development of a greener economy and fund green investment.

Alessandro Vercelli, of the University of Siena, outlined how ‘core’ banks should be organised into a specific network to coordinate their actions, allow for the exchange of best practices and favour transnational or particularly ambitious environmental projects. He argued that the scope of a core bank should not be restricted to financing green investment in its own country.

Core banks would be held accountable through apt metrics, both financial but also on metrics based on sustainability targets (such as emissions GHCs and energy saved, and the number of ‘green’ jobs created.

The future of finance in Europe

Another survey carried out by the project, this time focussing on 50 economists from across Europe painted a gloomy picture for the next decade. In particular it predicted a revival in household lending, mainly through mortgages that will pose a moderate to significant threat. They also predict greater inequality in income and wealth distribution that will do little to restore trust in the financial system following the crash and Great Recession.

The FESSUD project, which has clearly highlighted the need for even greater and deeper structural reform of world finance through its groundbreaking and comprehensive research, received nearly EUR 8 million of EU funding.
Source: © European Union, CORDIS, www.cordis.europa.eu
last modification: 2016-10-05 20:00:02 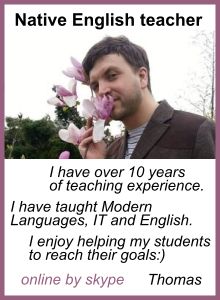