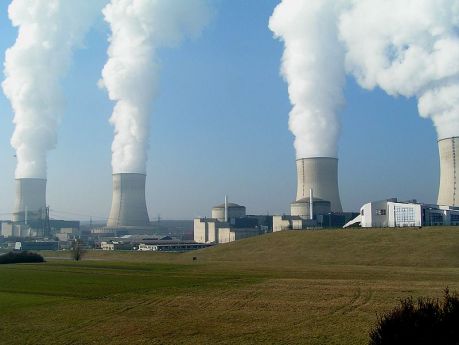 One of the main problems of the use of nuclear energy is nuclear waste management. An EU-funded project focuses on assessing the use of minor actinides from the used nuclear fuel as a fuel for next-generation nuclear reactors.

The radioactivity of nuclear waste is by nature a result of the significant amounts of usable energy present in fissile materials. Recycling and transmutation of minor actinides is an important step towards an ultimate closed fuel cycle.

Funded by the EU, the project FAIRFUELS (Fabrication, irradiation and reprocessing of fuels and targets for transmutation) is developing novel fuels based on recycling of nuclear waste through re-irradiation in next-generation reactors with sustainability in mind. By increasing recycling and transmutation of nuclear waste, FAIRFUELS contributes to reducing the volume and hazards of radioactive waste.

Fabrication and characterisation studies were undertaken at the Joint Research Centre - Institute for Transuranium Elements (JRC-ITU) in Karlsruhe, Germany and at the Atalante facility in Marcoule, France. The studies should provide further insight into the optimal fabrication routes and best options for incorporating minor actinides such as americium and curium into innovative fuels. The irradiation behaviour was tested at the High Flux Reactor at Petten, in the Netherlands.

The focus of the experimental and modelling studies was on further comprehending the behaviour of helium gas. Helium is formed abundantly during transmutation of minor actinides, and is responsible for most of the irradiation damage.

The MARIOS experiment on americium transmutation to collect data on irradiated fuel at different temperatures and porosities was successfully completed. Post-irradiation examination was performed in the context of another EU-funded project.

In the SPHERE experiment, the irradiation testing on minor actinide bearing driver fuel is ongoing. Researchers employed neutron radiography techniques before and after the first cycle of irradiation to register the fuel restructuring processes. In total, researchers completed four irradiation cycles and initiated a fifth.

FAIRFUELS has organised two workshops in Petten and Stockholm, Sweden. In addition, researchers have published a textbook on minor actinide bearing fuels and targets.