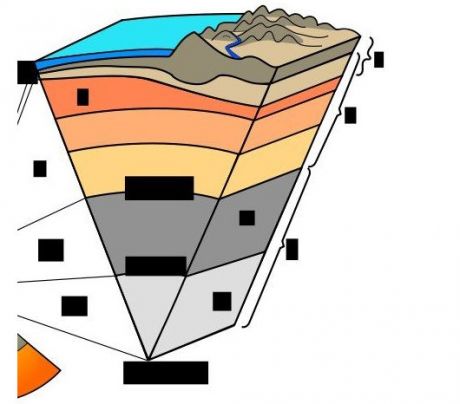 To EU-funded Earth scientists it is evident that many parts of the Earth's crust have been extracted from the underlying mantle. However, the timing of new crust formation and recycling of old crust has proven to be an elusive issue.

Osmium alloys offered scientists working on the OS.EARTH (Osmium alloys & the pulse of the Earth) project a means to study the mantle-crust interaction. Osmium is concentrated in the mantle but seems to have been depleted in the crust. In fact, crustal levels are so low that they are extremely difficult to measure.

Osmium, like iridium, is found at the highest concentrations in igneous deposits and deposits reworked from former structures. Early in the OS.EARTH project, the team collected more than 300 tiny grains of osmium alloys from the Rhine River and others from beach placer deposits.

This crustal osmium has high radiogenic-to-stable ratios, while the same mantle values are low. Its decay is unique in its ability to track the disproportionate amount of crust of certain ages. Specifically, OS.EARTH scientists confirmed that one of the main peaks was 1.2 billion years old.

Such a peak in continental crust age indicates that the Earth's crust has grown through time in pulses, coinciding with large-scale mantle melting events. Many more samples are likely to provide valuable insights into earlier Earth history.

Osmium alloys collected from alluvial deposits that are mixed with gold have yielded invaluable clues about the formation of the Earth's continental crust. OS.EARTH scientists have tested the hypothesis that osmium alloys in prehistoric gold objects can be used to pinpoint the source location with high accuracy.

An exciting recent project result has come from a fully analysed collection of more than 300 osmium-bearing alloy grains from the River Rhine, the first of its kind from northwestern Europe. This has confirmed the global nature of a major mantle melting super-event around 1.2 billion years ago.

Some success was also achieved towards the end of the project in identifying alluvial gold deposits in Greece. Testing suggests that osmium alloy inclusions in prehistoric gold objects can be used to pinpoint the exact source of prehistoric gold – e.g. of individual coins and cultural artefacts. OS.EARTH also developed new methodologies for fast automated mineralogy analyses using scanning electron microscopy.