In-depth exploration of EU influence on the Arctic 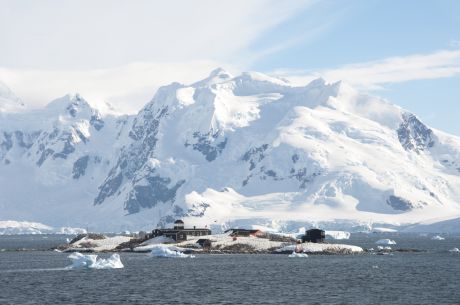 In-depth exploration of EU influence on the Arctic

The EU lacks a roadmap that states what powers it has and how best to use them in protecting marine biodiversity in the Arctic region. An EU-funded initiative aimed to examine Europe's capability in addressing such issues.

In recent years, several EU decision-making bodies have called for Europe to take a more active role in challenges and opportunities concerning the Arctic. However, there is a dearth of sources that evaluate the EU's present and future actions in this respect. What is more, existing laws are fragmented and ineffectual in implementing an ecosystem approach that is necessary for marine biodiversity preservation.

With this in mind, the EURO-ARCTIC LAB (The European Union and the legal protection of marine biodiversity in the Arctic) project set out to determine how the EU can most effectively put into action stated objectives and strategic initiatives to protect Arctic marine biodiversity.

To achieve it aims, EURO-ARCTIC LAB mapped the state of play in Arctic marine biodiversity and existing legislation, gaps in law and actions the EU has taken within and beyond its jurisdiction with varying levels of success.

Project partners produced a policy brief focusing on the EU and the legal protection of Arctic marine biodiversity. It proposed two central measures for the EU, namely promoting the establishment of marine protected areas and the implementation of the ecosystem approach or ecosystem-based management. The document also recommends possible actions that the EU can carry out within and beyond its borders. These concern shipping, fisheries and offshore oil and gas operations that have the potential to improve the international legal regime for the protection of marine biodiversity in the Arctic. Findings were presented at top international conferences and published in leading journals.

EU policies in environment, climate change, energy, research, transport and fisheries have a direct impact on the Arctic. By contributing to the preservation of Arctic marine biodiversity, EURO-ARCTIC LAB will enable the EU to address challenges and opportunities in a coordinated and systematic manner together with Arctic states, territories and key actors.