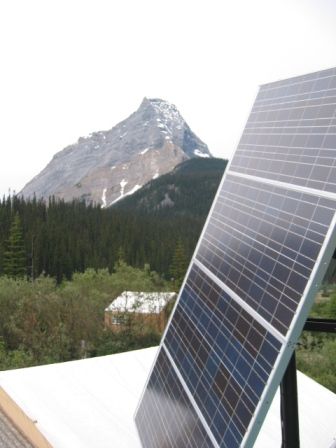 Using light to produce either electricity or hydrogen, dye-sensitised solar cells (DSSCs) are currently the most efficient third-generation solar technology. Increases in their conversion efficiency through better understanding of how light-absorption materials function will make them attractive for large-scale deployment.

Given that the photocurrent depends on the dye nanomaterials, elucidation and control of their interfacial activity are indispensable for increasing the photoelectric conversion efficiency. Within POLYMAP (Mapping and manipulating interfacial charge transfer in polymer nanostructures for photovoltaic applications), scientists elucidated a relationship between the electrochemical or electrocatalytic activity of materials and changes in their morphology occurring at electrode interfaces in DSSCs.

Given their fundamental role in charge-transport mechanisms, work was also geared towards preparing and conducting electrochemical characterisation of conjugated polymers that ranged in thickness from 5 to 500 nm. After putting them under the microscope, they observed variations in the electrochemical activity mainly because the electroactive films were heterogeneous. Combining also SECC with atomic force microscopy and Raman microspectroscopy, the team found a relationship between the structure and reactivity of the electrodeposited organic films.

Other materials increasing the chemical reaction rate, carbon nanotubes were found to be electroactive along their entire length, whereas their morphology impacts on their reactivity. Scientists also demonstrated that pristine, defect-free carbon nanotubes are just as effective electrocatalysts as gold. This has important implications especially for producing hydrogen peroxide for use as a fuel.

Lastly, extensively investigated as water-splitting photocatalysts, iridium oxide nanoparticles demonstrated notable variations in their electrocatalytic activity as a function of the electrode potential.