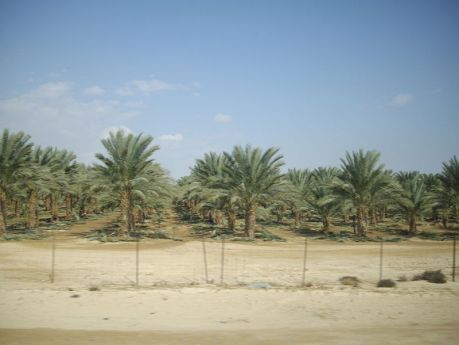 Experimental work, data analysis and numerical modelling have provided a sound quantitative assessment of climatic change on inland seas and their regions, particularly vulnerable to climatic and anthropogenic impacts.

The CLIMSEAS (Climate change and inland seas: Phenomena, feedback and uncertainties. The physical science basis) project has identified important feedback processes controlling the physical state of inland seas, focusing on the Aral, Black and Caspian Seas, and ongoing trends in atmospheric forcing on a regional scale.

Atmospheric circulation was found to play an important role in determining the influence of natural and anthropogenic factors in the CLIMSEAS project area. For the Aral Sea zone, results pointed to a more frequent transportation of warm tropospheric air from Afghanistan and Iran. In addition, weaker and less persistent blocking anticyclones in the European sector of the Atlantic Ocean were identified, which may ultimately reduce precipitation over the catchment area of the Caspian Sea. The change of the emblematic localization of blocking anticyclones may also impact the water balance of the Caspian Sea.

Aral Sea studies demonstrated the importance of taking into account geomorphologic, atmospheric and hydrological processes for short-term sea predictions and of an updated description of inland seas and large lakes on land-use databases to ensure a correct meteorological forecast. The desiccation process of the Aral appears to exercise local influence on the diurnal component of the surface wind and the diurnal thermal range.

Researchers also established the link between current climate variability and climate change records over the last 150 years from bottom sediments from the inland seas. This enabled scientists to obtain a wider view of the relationship between climate and inland seas.

A palaeolimnological study of the north-east of the Black Sea showed relatively stable climate conditions over the last 140 years, although pollen analysis revealed the impact of human activities. Records from the Caspian Sea revealed changes in marine biodiversity linked to increases in surface temperature.

CLIMSEAS successfully developed an international network of scientists and research institutes from the EU, Russia and the United States that worked together to study feedbacks between climate change and inland seas. Data from these sensitive environments will help to provide crucial information regarding alteration of the Earth's climate.