Hydrogen fuel put to the test 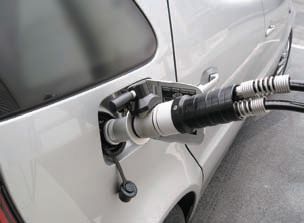 A significant amount of EU-funded research and development (R&D) has been devoted to helping regulations and standards organisations normalise an acceptable hydrogen quality for fuel cells.

The use of hydrogen as a power source is expected to play a significant role in Europe's efforts to reduce the proportion of fossil fuels in its energy portfolio. The future uptake of hydrogen as fuel is highly dependent on the ability to produce hydrogen of sufficient purity.

The presence of impurities at even trace levels can severely affect the performance of proton exchange membrane fuel cells (PEMFCs). The main objective of the EU-funded HYQ (Hydrogen fuel quality requirements for transportation and other energy applications) project was to investigate approaches to ensure hydrogen fuel quality.

One of the challenges faced by HYQ partners was to evaluate the impact of impurities on PEMFC performance in real-world conditions such as transportation. Another issue addressed was the establishment of standards to certify the purity level of hydrogen.

HYQ partners performed tests in identical conditions to check the reproducibility of their results. This was followed by testing under different conditions to determine the highest tolerance levels to various poisonous species. In addition, they worked on improving analytical methods used to quantify impurities.

With the existing international standards ISO/DIS 14687-2 and ISO/WD 14687-3, it is difficult to prove that hydrogen fuels are of desired quality. The HYQ team aimed to ensure that the analysis of hydrogen for impurities can take place using as few analytical methods as possible.

At the end of the HYQ project, after inter-laboratories comparison, an extensive report on the best measurement and gas sampling methods was drafted. This should help establish unified protocols. Consensus between the stakeholders of the hydrogen fuel economy will accelerate the development of a mass market through increased uptake of this technology.