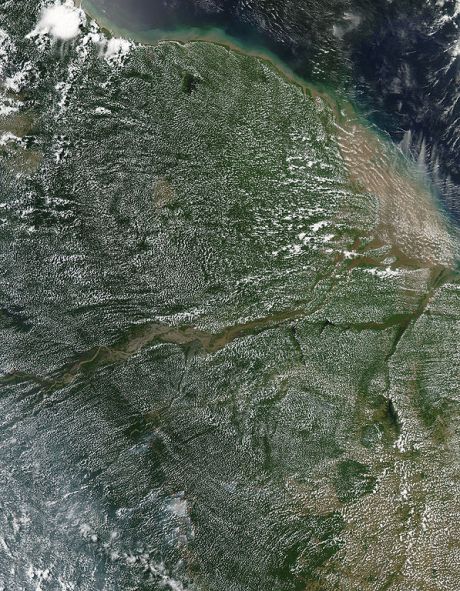 A model that predicts the effects of aerosol interaction with clouds over the Amazon could help climatologists understand how aerosols influence climate change.

To predict the impacts of climate change, scientists need to understand more about the interactions between climate, biosphere, ecosystems and human activities. In particular, atmospheric cloud-aerosol interactions are not well studied, leaving gaps in climatologists' understanding of climatic systems.

Aerosols are fine solid particles or liquid droplets suspended in air or another gas. In tropical environments like the Amazon, aerosols are produced in different ways depending on the season.

In the 'clean' wet season, aerosols form mainly from organic gases produced by organisms. In the 'polluted' dry season, however, burning biomass releases aerosols directly into the atmosphere.

TRANS-ACCLAIM built a model called CRM-ORG (Cloud Resolving Model with Organics) to simulate how a deep convective cloud forms and evolves while it interacts with atmospheric aerosols.

The model predicted that sulphuric acid, thought to play a dominant role in nucleation, does not form particles during the Amazon clean season. It also showed that aerosols have very few effects on cloud properties at low concentrations.

At cold temperatures and low humidity, however, organic aerosols become viscous and behave like semi-solids at high altitudes.

These insights into temperature-dependent mechanisms for particle formation need to be taken into account when designing large-scale climate models. TRANS-ACCLAIM's CRM-ORG model, combined with smog chamber experiments and emissions research, can be used by policymakers to effectively regulate organic aerosols.