How to degrade chemical pollutants 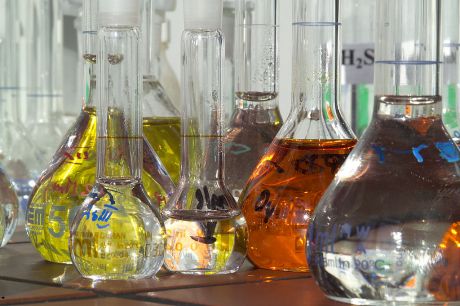 Scientists are studying how toxic chemicals are naturally degraded in polluted waters with a view to developing cost-effective methods for cleaning up contaminated sites.

The EU-funded IMOTEC-BOX (Isotopic and molecular techniques for determining the efficiency of in-situ bioremediation and chemical oxidation of chlorinated compounds) initiative evaluated biological and chemical ways to degrade and remove harmful chemical pollutants in groundwater.

IMOTEC-BOX continued the work of a previous project that built interception trenches at a heavily polluted fractured bedrock aquifer in Odena, Catalonia in Spain. Construction wastes in the form of limestone-based concrete in these trenches degraded chloroform by turning the pH of the water alkaline.

Since only 30-40 % of chloroform was degraded in this way, IMOTEC-BOX tested other methods to remove the remaining chlorinated pollutants. These included adding chemicals that destroy contaminants on contact by forming highly reactive free radicals, or using microbes to break the contaminants down.

Chemical treatments were effective for some chlorinated pollutants but could not degrade others, such as carbon tetrachloride. This chemical was however naturally degraded in the interception trenches, possibly by iron-mediated dechlorination.

Microbes that produce enzymes that degrade chemicals provide another natural way to remove contaminants from groundwater in a process known as bioremediation. As with chemical treatment, some chlorinated pollutants were resistant to microbial degradation while others, such as chlorinated methanes and chloroform, were broken down.

Attempts to stimulate or improve microbial degradation were largely unsuccessful, although researchers found that adding vitamin B12 accelerated biodegradation of chlorinated methanes. Researchers also identified a bacterial gene involved in chloroform degradation that they intend using as an indicator to track the efficiency of future biostimulation strategies.