Renewable fuels from sunlight and CO2 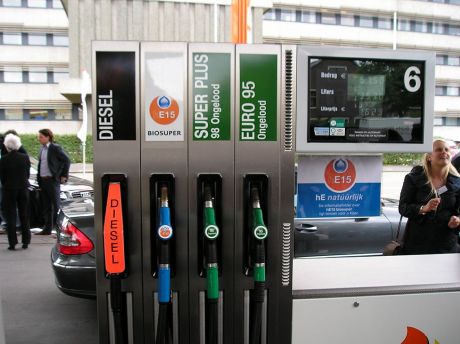 Imagine having gas stations with fuel pumps that harness solar energy to produce fuels – something akin to the process that plants use to make their own food. EU-funded scientists made major advancements in developing solar technology to turn carbon dioxide (CO2) into solar fuel, helping to reduce dependence on fossil fuels.

Mimicking the natural process of photosynthesis holds great promise for meeting the world's growing energy needs while minimising climate change. Importantly, artificial photosynthesis could provide a way to capture the Sun's energy and store it for later use.

Trying to construct systems imitating processes in nature, artificial photosynthesis involves catalysts for water oxidation and H+/CO2 reduction and a photosensitiser that powers the whole process. Within PHOTOCO2 (Photocatalytic reduction of carbon dioxide into fuels), scientists developed an efficient photocathode composed of a photosensitiser, a semiconductor support and a H+/CO2 reduction catalyst. The aim was to study the interfacial electron transfer kinetics of hybrid systems composed of molecular catalysts for proton or CO2 reduction, immobilised onto nano-structured semiconductors.

Photocatalytic reduction of H2 using molecular catalysts can be achieved by catalysts receiving electrons from an excited photosensitiser with appropriate energy. To demonstrate H2 reduction, scientists sensitised the nanoparticles of the titanium dioxide (TiO2) semiconductor and a molecular catalyst with a ruthenium-based dye. This system can successfully produce H2 in water and in the presence of an electron donor with quantum yield up to 10 %. They also showed that oxidative or reductive quenching of the dye enables electron transfer from the photosensitiser to the molecular catalyst.

Following the proton reduction studies, the team coupled a catalyst containing cyclam groups with carboxylic acid groups and attached it on a semiconductor to demonstrate CO2 reduction. In this case, electron transfer was accelerated.

By attaching the Re(bpy)(CO)3L catalyst on the TiO2 semiconductor surface, scientists reported a 10-fold increase in efficiency of catalysing CO2 reduction. Other studies included comparisons between attaching molecular catalysts on TiO2 nanoparticles and metal nanoparticles.

Scientists performed pioneering studies, identifying the factors governing the efficiency of catalyst-semiconductor hybrid systems. Given that CO2 reduction results in high-value chemicals such as methanol that can be converted into fuel, project results hold great promise for future artificial sun-driven fuel generation.