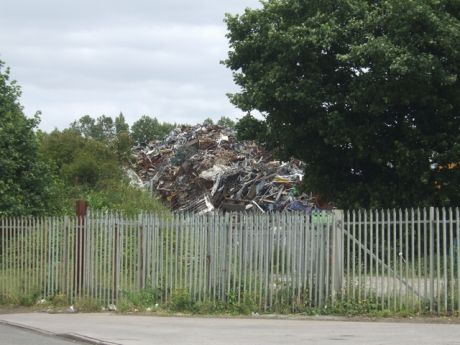 Researchers from Brazil and Europe are sharing knowledge through work exchanges in the field of geosciences. The aim is to gain greater understanding and skills in geochemistry and dealing with pyrometallurgical waste recycling in agriculture.

Pyrometallurgical process of lateritic ores generates large amounts of wastes (fly ash, slags), considered as hazardous materials, as they contain potentially toxic elements, like nickel. Wastes are reused for construction or reprocessed, but a significant fraction is commonly dumped on soil surface or into lakes, where their dispersal by wind or water may have environmental impact on large areas. Another way of reuse could be in agronomy as soil additive.

The NIDYFICS (Nickel dynamics in impacted ultramafic soils) project aims at characterizing the dynamics of Ni and other associated metals in the soil-waste-plant-water continuum in the ultramafic massif of Barro Alto (Goïas, Brazil), which is considered as a hotspot of biodiversity. It is crucial to unravel the solid speciation of metals, which controls their potential release and mobility to assess the environmental impact of wastes spreading onto lateritic soils. Moreover, to understand and quantify the metal dynamics, the measure of metal isotopic ratios is a key tool to trace both their sources and fate in the environment. Finally, the benefits and also the risk of metal contamination associated to the slag reutilization in the sugar cane production will be assessed at both pot and field scales.

This multidisciplinary project involves soil scientists, spectroscopists, geochemists and agronomists, from Europe and Brazil, who already started to work in synergy on this topic. This joint research and exchange project will lead to the acquisition of basic results about Ni geochemistry, to the proposition of valorization strategies for the pyrometallurgical wastes, and to the training of young scientists who will later be involved in academic or applied research.

NIDYFICS will develop strategies for obtaining value from pyrometallurgical wastes. It will also connect researchers in the environmental geosciences and result in the transfer of knowledge between Brazilian and European institutions. This has already resulted in the exchange of students, engineers and researchers, in the organization of a workshop in January 2015 with results being published in Applied Geochemistry, and joint publications. This will also help training young researchers by enabling them to work alongside experts in the field.