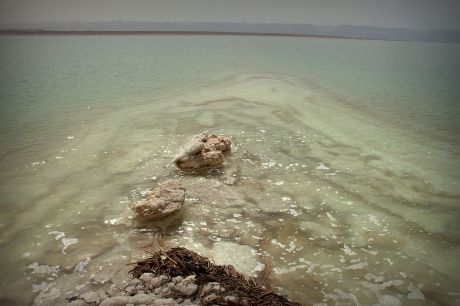 The amount of energy potentially available from the difference in the salt concentrations of seawater and river water around the world is 1.4 to 2.6 terawatts, or about 20 % of local electricity consumption. This natural process does not produce carbon dioxide or any other polluting combustion emissions, nor does it result in thermal pollution.

The CAPMIX (Capacitive mixing as a novel principle for generation of clean renewable energy from salinity differences) project developed an innovative technology for the extraction of salinity gradient energy. The concept was based on producing electricity directly from the difference in salt concentrations between fresh and saltwater.

Researchers found that different activated carbon materials present different potential rise when the salinity of the solution it is in contact with changes. This led to an investigation into how the system would work when the two electrodes are made of different materials. By carefully selecting the materials, it became possible to operate the membrane-less approach without need for an external power supply. The surface properties of the materials were enough to generate the potential rise.

The main advantage to this approach was that electricity generation was directly linked to the mixing process without any intermediate steps being involved. This meant that no expensive and complex converters, such as turbines or electrochemical reactions, were required. Therefore, the technology was able to provide a cost-effective and environment-friendly form of renewable energy.

Based on these observations activated carbon was modified in order to give its surface the desired properties. This led to a new generation of materials that allow the membrane-less approach to compete in terms of performance with the approach using membranes.

The European potential for salinity gradient energy is 94 gigawatts, which is equivalent to 94 coal-fired power stations. CAPMIX therefore holds great promise to become an economical and benign energy source throughout large parts of the world.