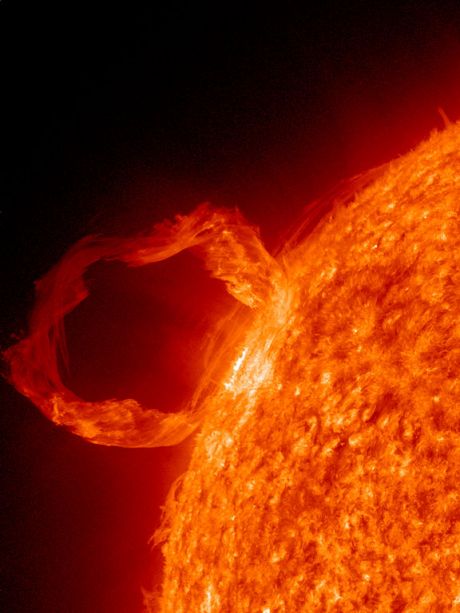 The brightness of the Sun varies on all time scales and wavelengths. An EU-funded initiative is gathering scattered observations from over 25 instruments to accurately represent how solar irradiance variability influences Earth's climate.

For the past decades, scientists have been investigating the unique relationship between the Sun and the Earth. Using space-based tools, like the extreme ultraviolet imaging telescope on the solar and heliospheric observatory (SOHO), they have calculated the amount of solar energy that reaches the outer atmosphere, the so-called solar irradiance.

The SOLID (First European comprehensive solar irradiance data exploitation) project with the support of EU funds aims to merge all observations scattered in disperse data sets. One single homogeneous solar irradiance record is imperative to untangle the role that changes in solar radiation have on global climate.

Representatives of all European space-based solar experiments, European researchers specialising in solar image processing and solar irradiance modelling joined their efforts. The SOLID partners are using state-of-the-art methodologies to fill gaps in time and wavelengths as well as reduce noise and associated uncertainties.

The SOLID team has already delivered a total and spectral irradiance database based on multi-wavelength solar radio observations covering the last century. The simulated magnetograms provide the spatial distribution of active regions on the surface of the Sun. The reconstructed time series are publicly available on the website of the Max Planck institute for Solar system research.

The SOLID project has made a tremendous contribution to the scientific community by combining all existing observations of solar irradiance. The final record should cover the entire spectrum of solar wavelengths. Its enhanced accuracy should help in accurately determining the Sun's direct and indirect effects on Earth's climate change.