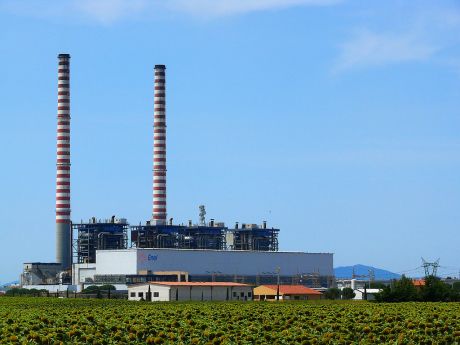 Increasing the thermal efficiency of fossil power plants is a promising way to decrease fuel consumption and emissions and minimise global climate change. A new steel alloy promises to do just that for major global benefits.

Meeting the world's growing energy demand in a sustainable way is one of the main challenges of the 21st century. While increasing the use of renewable energy resources such as wind and solar is an important objective, such systems cannot replace the combustion of fossil fuels completely due to their variable nature.

EU-funded scientists working on the Z-ULTRA (Z phase strengthened steels for ultra-supercritical power plants) project plan to do so by enabling high temperatures by improving steels to resist degradation. In particular, the research focuses on developing and qualifying a new 12 % chromium steel alloy.

Steels with a 9 % chromium content historically enabled increasing the steam temperature largely due to precipitation of fine nitride particles. However, increasing the chromium content to 11-12 % has resulted in the detrimental precipitation of the thermodynamically stable Z-phase at the expense of the desired fine nitride particles.

Instead of suppressing growth of Z-phase particles, Z-ULTRA researchers plan to exploit them as a strengthening agent. In order to do so, they must identify chemical compositions and heat treatments that lead to their controlled nucleation and reduced coarsening rates.

The team is currently testing three new alloy compositions and heat treatments via a toolbox of nano-scale experiments developed within the project. In addition, quantum mechanical (density functional theory) computational analyses are pointing to optimised structures and stacking sequences of alloys that will facilitate nucleation of the Z-phase. The theoretical work is supported by thermodynamic and kinetic modelling complemented by experimental measurements.

Demonstrators have been manufactured and are being subjected to creep, corrosion and oxidation tests. Researchers plan to deliver heat-resistant steel that will enable a thermal efficiency of fossil power plants of over 50 %, which is 30 % higher than the present standard in most existing power plants. It will reduce carbon dioxide emissions accordingly, making an invaluable contribution to the health of the planet.