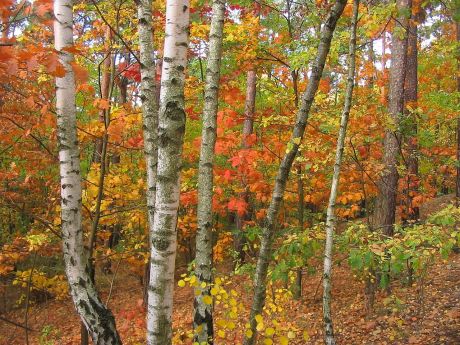 Climate change is set to increase the susceptibility of forest ecosystems to damage by alien invasive pests and pathogens. EU scientists investigated ways to counter this threat in order to prevent a decrease in primary production, and hence yield, as well as loss of vulnerable tree species.

European forests are of enormous importance to the environment, economy and society, providing a multitude of benefits. These include timber and non-timber products, biodiversity, water catchment protection, and protection from avalanches, flooding and landslides. However, Europe's forests are now at risk from alien species, which have become a major cause of biodiversity loss around the world.

The aim of the ISEFOR (Increasing sustainability of European forests: Modelling for security against invasive pests and pathogens under climate change) project was to increase knowledge of invasive species. This was achieved by providing diagnostic tools for the plant health surveillance community.

Moreover, ISEFOR provided important information regarding the potential of known quarantine organisms to cause damage to European forest ecosystems in the face of climate change. This new information helped quarantine authorities to tackle the threat posed by alien pests and pathogens. Researchers also identified invasive pests and pathogens that were previously unknown as threats to European forest ecosystems.

The EU-funded ISEFOR project increased knowledge regarding alien species that may enter European forests. The insights gained will help to inform robust and effective policies for forest management. The initiative focused on collecting data on potentially threatening species for use in the development of modelling tools.

Resulting simulations enabled accurate predictions to be made concerning the spread and impact of pathogens and pests under climate change conditions. Databases on alien invasive pests and pathogens in Europe were updated and the information used to identify the most vulnerable host species.

Sentinel European trees were planted in China and monitored at regular intervals for colonisation by indigenous arthropods and pathogens. It was also found that the pinewood nematode currently presents a very low risk in most of Europe, but may become a threat under future climatic conditions. Other invasive species selected for modelling included the mountain pine beetle, the North American seed bug and the Siberian moth.

ISEFOR increased knowledge of invasive pests and pathogens damaging forest ecosystems, both species already present and species that may invade in the near to mid-term future. The project also improved understanding of how alien pests and pathogens enter Europe.

This greater understanding will increase the ability of the responsible authorities to detect and identify problematic organisms. In addition, the modelling and mapping of climatic suitability and forest susceptibility to invasive forest pests represents a further valuable contribution to pest risk analysis.