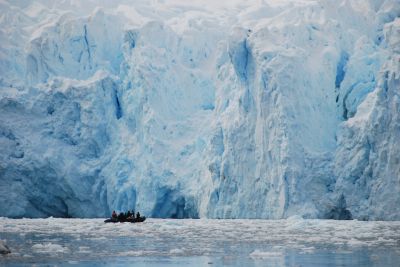 New research has revealed that the effect of the orbitally induced insolation is of fundamental importance in regulating the timing and amplitude of millennial scale climate variability.

Rapid climate variability operates at centennial/millennial timescales, and therefore has the potential to produce dramatic changes over human timescales. Based on climate models and palaeoclimate research, it has been hypothesised that the circulation of the Atlantic Ocean may play a key role in determining the magnitude and character of major climate anomalies right across the globe. These observations have been largely restricted to the last glacial cycle because of the reduced number of available high-resolution palaeoclimate records from older intervals.

The EU-funded MILLEVARIABILI (Origin and character of millennial-scale climate variability in the North Atlantic during different climate boundary conditions of the Pleistocene) project extended our knowledge of millennial-scale climate change beyond the last glacial cycle, through the so-called Mid-Pleistocene Transition. Indeed, if we are to understand the mechanisms and feedbacks among the different components of the climate system, we must also understand the sensitivity of the Earth system to different forcings and explore intervals characterized by different combinations of climate boundary conditions. Taking advantage of the long, continuous, detailed Pleistocene sedimentary sequences recovered from the North Atlantic by Integrated Ocean Drilling Program Expedition 306, the project undertook a multiproxy study of millennial-scale changes in sea-surface and deep-water conditions, the dynamics of thermohaline deep-water circulation and ice-sheet ocean interactions. The project focused on sediments deposited in the period from c. 925 000 to 600 000 years ago.

The major finding was that changes in the Earth's orbital geometry and their effect on the seasonal distribution of insolation are a plausible driver for climate variability on millennial timescales. In particular, the timing of abrupt climate changes, as well as the amplitude of millennial scale oscillations, is strongly influenced by the orbital insolation through frequency and amplitude modulation. A mechanism related to low-latitude precession variations, advected to the high latitudes by tropical convective processes, might have generated such a response, highlighting that the low-latitude regions play an important role in the response of the climate system to the orbital forcing. On a broader perspective, the results suggest that the variables measured by proxies are replicated in cycles apparently paced by orbital changes, suggesting the climate system is to a significant extent understandable and deterministic, being contingent upon both forcing and previous history.

The finding that climate change is cyclical will have a profound impact on current scientific understanding in the field. MILLEVARIABILI will have a long-lasting impact on researchers and climate policymakers through improved understanding.