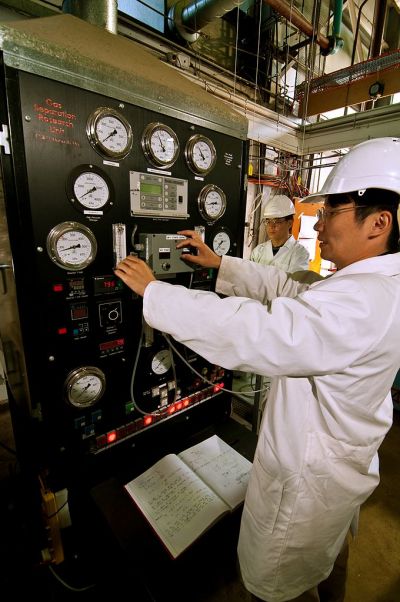 An EU-funded project paved the way for more sustainable production of fuels and petrochemical products that have hitherto stemmed from crude oils.

Currently, the established processes to transform natural gas into synthetic fuels are natural gas liquefaction and chemical liquefaction. However, both processes require large investments that are prohibitive for exploiting small-capacity reservoirs.

In addition, researchers investigated pressure swing adsorption separation, syngas-to-liquids and oligomerization processes. Development of suitable catalysts and adsorbents were a key component of the efforts.

Initially, natural gas is converted into syngas that can then be transformed into a liquid. Transportation and distribution of liquid fuels are much simpler as they occupy less volume compared to the natural component of natural gas – methane.

Scientists successfully produced a prototype micro reactor consisting of steel-based plates that makes the process green and sustainable. One side of these plates is coated with the catalyst for the oxidative coupling, while the other one with the catalyst for the reforming reaction. They are designed to operate the exothermic oxidative coupling of methane on one side. On the other side, methane is further reformed with carbon dioxide using the heat from the exothermic reaction.

By proposing a possible economic operation at a capacity of 100 kilotonnes per year, OCMOL allows local exploitation of small gas reserves. The proposed fully integrated process that is self-sufficient together with the reuse and recycling of carbon dioxide at every stage leads to near-zero carbon emissions.