From nano-scale properties to large-scale function 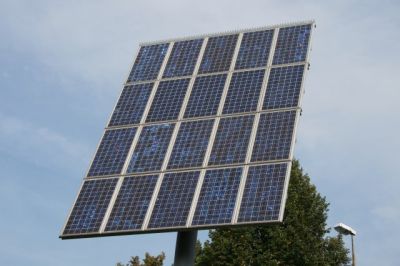 Harnessing the Sun's unlimited (for all practical purposes) energy supply is one of the most promising alternatives to combustion of fossil fuels. Improved characterisation of coatings for concentrating solar power (CSP) systems will speed development.

Meeting the global energy demand in a sustainable way is one of the most pressing challenges of the 21st century. CSP is positioned to meet up to 7 % of global energy needs by 2030 and up to one fourth by 2050. However, current parabolic trough solar collectors for CSP systems operate at around 400 degrees Celsius, whereas new designs for greater efficiency require 20 to 25 years of operation at close to 600 degrees Celsius.

The EU-funded project NECSO (Nanoscale enhanced characterisation of solar selective coatings) is developing the tools required to ensure that selective absorber coatings will make the grade. Solar selective coatings are made of four layers of materials (anti-reflection, absorber, infrared reflector and anti-diffusion) applied with large machinery over several square metres of substrate. However, the performance of these large-area films is critically dependent on nano-scale properties such as roughness, hardness, crystal structure, composition and vibrational spectra.

Researchers are developing tools to assess nano-scale properties and correlate them with optical performance and life expectancy. The work is supported by development of characterisation and degradation protocols. These are aimed not only at predicting life expectancy, but also at facilitating tests to extend the temperature and general environmental operating conditions for higher efficiency without degradation.

Within the first reporting period, the layered solar absorber coatings were developed and deposited on small flat and cylindrical samples with a physical vapour deposition (PVD) sputtering system. The PVD system can coat 4-metre tubes, the ultimate target for final demonstration of the technology. In parallel, scientists developed and manufactured a thermal ageing system to perform ageing tests on cylindrical samples with very well controlled temperatures and gas compositions. The latter will assess effects of water and oxygen exposure.

The coatings are now undergoing rigorous test campaigns. Solar selectivity values were calculated and thermal ageing under various temperatures has been conducted to correlate thermal degradation and optical performance. The team has also applied some spectroscopic techniques in an effort to identify spectral bands associated with degradation that could be used as indicators of degradation. Finally, specimens have also been subjected to tribological and mechanical testing to assess properties such as adhesion, wear, and scratch resistance.

NECSO technology is expected to support the development of improved solar absorber coatings to increase the efficiencies and enhance the durability of next-generation designs. Widespread uptake could have major impact on global emissions and climate change while creating jobs and improving the EU economy.