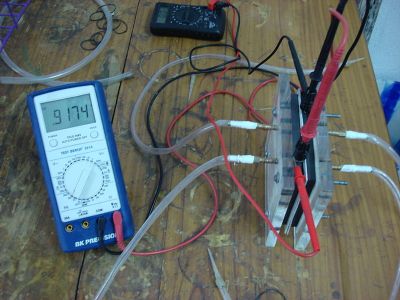 The transition from a fossil fuel-based energy system to a renewable hydrogen-based system will take a long time. During this transition, research and fuel cell (FC) technology improvements towards performance benchmarks set by EU-funded scientists can pave the way.

FCs combine hydrogen with oxygen in a chemical reaction, producing water, electricity and heat. Fed with hydrogen obtained from natural gas or renewable biogas and producing zero emissions of pollutants, they are an important part of the European energy roadmap. However, certain barriers hinder widespread utilisation of stationary FCs.

Among them, setting realistic goals in terms of efficiency, emissions and technical specifications is not only complicated but currently impossible. This is because the distribution grid environment differs from country to country, and FC technology is quite varied as well. With the support of EU funds, scientists sought to solve this situation from a technical and economic point of view.

Within the FC-EUROGRID (Evaluating the performance of fuel cells in European energy supply grids) project, they collected information on typical electricity supply grids in EU countries. Data from utility companies and Eurostat were used to create an 'Atlas of European electricity grids'. In addition, the team simulated FCs' operation in a variety of environments to determine their average efficiencies.

Next, numerical models were further developed to evaluate the performance of micro combined heat and power and distributed generation units. Results showed how emissions per energy unit of electricity delivered to customers vary for different countries. The analyses developed were implemented to establish technical and economic targets for FC performance.

These targets took into consideration differences in both electricity grid structure and fuels employed. They are expected to enable better assessment of proposals for funding and advantages of FC installations over conventional technologies by taking into account the variable yet critical local operating conditions.

FC-EUROGRID has provided a necessary framework for the assessment of FC systems using a comprehensive database of real local grid information and FC types. Analysing carbon dioxide savings and efficiency under real operating conditions will help to realise a renewable energy economy and a carbon-free power sector.