How lichens respond to climate change 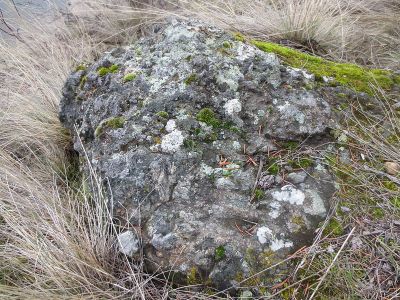 One of the most important questions posed by climate change is whether species can respond to a changing climate quickly enough to avoid extinction. In order to survive, populations must either be able to adapt to or tolerate the change in environment, or migrate to more suitable conditions.

Lichens are not single organisms, but instead are comprised of algae or cyanobacteria (or both) living together in partnership with a fungus. They play an important role in ecosystems through nutrient cycling, food supply and as a habitat for microorganisms. However, to date, little is known about the effects of climate change on lichen-forming fungi and their photobiont partners.

Some lichen fungi show evidence of restricted gene flow or low dispersal ability. If they are unable to tolerate conditions created by climate change, they will be at greater risk of extinction due to their inability to shift their ranges. Therefore, it is important to study gene flow patterns in lichen fungi and their potential for adaptation to a changing environment.

The LICHENOMICS project studied the ground-dwelling lichen Peltigera membranacea, which plays an important role in carbon and nitrogen cycling in ecosystems at northern latitudes. The aim was to determine whether P. membranacea can migrate to more favourable locations and whether it can cope with altered conditions in situ through changes in gene expression. Researchers also evaluated whether P. membranacea can adapt to changed climate conditions.

Individuals of P. membranacea with different genetic backgrounds were subjected to temperature stress in the laboratory. Gene expression levels were then quantified for environmental stress response (ESR) genes. The results showed that gene expression differed significantly between high and low temperatures in several ESR genes. This result suggested that the lichen has some ability to tolerate environmental stress in situ.

LICHENOMICS provided a clearer picture of how lichen fungi respond to climate change with regard to their ability to adapt to changed conditions and spread to new sites. The results generated in this project will enable scientists to learn more about the impacts of climate change on species and ecosystems.