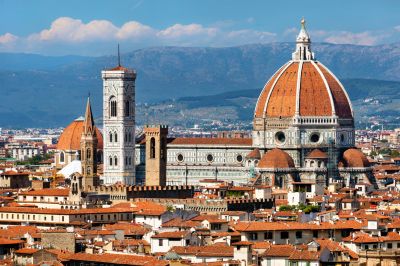 Europe is rich with historic buildings, but their preservation requires understanding the processes of deterioration. While continuous monitoring systems have been installed on certain monumental structures, such conventional sensors are limited and the resulting analyses simplistic.

Furthermore, most structures are not monitored at all. Hence, a need exists for improved monitoring systems for historic buildings, which the EU-funded 'Smart monitoring of historic structures' (SMOOHS) project aimed to meet.

The 15-member consortium planned a smart monitoring system using networks of miniature wireless sensors to be attached to buildings. The second goal was to process the system's data according to deterioration models, thus providing warnings and recommendations.

Team members proposed to develop modular, open source software to run the sensor system. Ultimately, the developments were intended to yield a set-and-forget wireless monitoring system that would provide high-quality monitoring and analysis, but at a lower cost than conventional methods. SMOOHS ran for three years to November 2011.

The project established a measurement programme, including various laboratory and on-site tests, in conjunction with laboratory-based analysis involving both samples and real buildings. Thus, the team compiled a diagnostic methodology that constituted an advance on current methods and reliably estimated a structure's condition.

A variety of building materials were subjected to non-destructive and micro-destructive physical testing to determine the effects of environmental pollution and other factors. The group assessed its methods with regard to reliability and applicability to historic structures.

Testing produced improved understanding of deterioration processes. As a result, the project was able to simulate the response of complex multi-material structures. The simulations considered not just the materials themselves, but also the structures' shapes. Such simulations enabled prediction of the onset of deterioration or a prognosis for long-term progression.

The consortium also finalised a knowledge-based expert system and the prototype software.

SMOOHS achieved a network of wireless sensors, combined with analysis systems, which monitor the structural health of historic buildings. The system's warnings and prognosis concerning degradation can be used to help manage the conservation of old buildings.