Increase in CO2 and the Southern Ocean 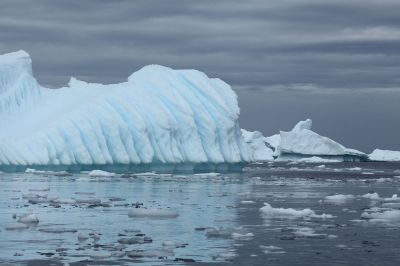 Fluctuations in atmospheric carbon dioxide (CO2) are a major component of the carbon cycle and the climate system. An EU-funded initiative investigated the past role of the Southern Ocean in influencing atmospheric CO2.

Over the last 800 000 years, atmospheric CO2 concentrations (pCO2) have changed in parallel with the growth and reduction of polar sheets. However, scientists have failed to agree upon the mechanisms behind these variations and how they are related to our planet.

This information is of crucial importance given the increase of pCO2 due to human activities and has been identified as a major gap in our understanding of the climate system. But, it is generally believed that changes in storage of carbon in the oceans play a vital role in causing glacial-interglacial CO2 change

The DEGLACIALCO2 project investigated the role of the waters of the Southern Ocean in the rise of CO2 during the last deglaciation. A boron isotope-pH proxy (d11B-pH) found in foraminifera marine plankton was used to reconstruct changes in oceanic pH. This enabled scientists to determine where and when CO2 was leaked to the atmosphere from the Southern Ocean during transition between the Last Glacial Maximum and the present.

Records of d11B-pH, trace elements and stable isotopes in foraminifera plankton were generated from a series of sediment cores from selected locations. Researchers combined d11B-pH data with temperature records and assumptions regarding alkalinity to reconstruct the upper ocean carbonate system from the past.

Researchers used this technique to determine changing levels of CO2 released from the ocean over time, providing direct evidence of the role of the ocean as a CO2 source. It also supported the hypothesis that a deep ocean carbon reservoir upwelled via the Southern Ocean during the last deglaciation.

DEGLACIALCO2 highlighted the vital role of the Southern Ocean and low-latitude upwelling regions with regard to variations in atmospheric CO2. The data generated during the project was used to clarify the role of the ocean in driving deglacial CO2 change.

This improved understanding of the carbon cycle will enable better representations of the Earth's climate in models. It will therefore enable more accurate projections of future climates under different emission scenarios. These scenarios will affect mitigation and adaptation measures taken by governments and international climate negotiations.