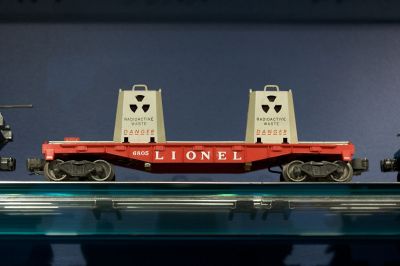 Researchers have used laboratory experiments to improve our understanding of how radioactive atoms move through clay, contributing to safer radioactive waste disposal.

Recently, an EU project has shown that certain radioactive atoms move through clayrocks more rapidly and extensively than previously thought. As long-term storage of radioactive waste in deep underground clay deposits is a common practice, improved models of this process are urgently needed.

CATCLAY used controlled experiments to mimic the behaviour of radioactive atoms moving through clayrock. A major part of the work was dedicated to developing and refining precise methods to measure these extremely small movements.

Researchers chose four different radioactive cations (positively charged atoms) – strontium, zinc, cobalt and europium – to represent the various types of atom present in radioactive waste samples. Once this was done, they measured the movement of these cations through compacted clay under a range of different conditions.

CATCLAY subsequently developed a new model of radioactive cation diffusion through clayrock, and validated it using experimental data. They showed that the type of cation has a major effect on the speed of diffusion.

Lastly, CATCLAY researchers spent some time studying variations in the microscopic pores in illite and other compacted clay samples. This information will also contribute to improved models of diffusion.

The improved understanding of cation diffusion gained during CATCLAY will have a major impact on the safety and effectiveness of radioactive waste management.