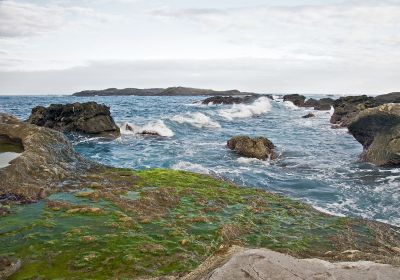 Researchers have investigated the use of acoustics technology to clump algal cells together in a concentration step before harvesting them for biofuel production.

Microalgae are used for a number of high-value products, ranging from livestock feed and fishmeal to cosmetics and pharmaceuticals. The current market of approximately EUR 1 billion is predicted to increase to around EUR 1 trillion if the potential of algae for biofuels is realised.

For microalgae biofuel production to become a reality, several obstacles need to be addressed, such as improving cultivation technologies and reducing harvesting time and costs. The EU-funded ALGAEMAX project set out to reduce high costs associated with algal harvesting by developing an innovative cell concentration technique.

Ordinarily, algal cells are grown in open ponds or bioreactors before being concentrated and harvested using an energy-intensive, expensive centrifuge separator. ALGAEMAX worked to develop an alternative method that uses energy from ultrasound waves to concentrate and separate the algae from their water-based growth medium.

Drawing from multidisciplinary expertise in a consortium of companies and research centres, ALGAEMAX designed and built two prototype ultrasound flow cells. This technology forces an algal cell-containing suspension through a chamber that emits ultrasound waves, which cause the cells to clump together, or flocculate.

After validating the prototypes on a small scale using models and synthetic particles, the researchers will test them under different conditions with real algal cultures. ALGAEMAX eventually aims to develop an industrial-scale harvesting process for algal biofuel production, the reduced costs of which will benefit both industry and the environment.