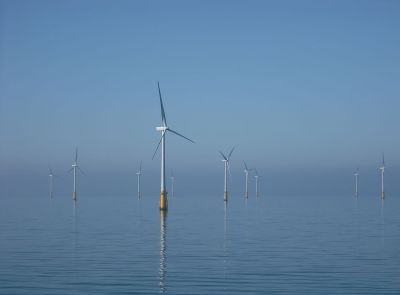 Wind is, together with photovoltaic power systems, the most important renewable energy source. New floating offshore wind energy technology as in DEEPWIND, tackling the challenge of deep-sea installations, could significantly enhance uptake and have major impact on emissions reductions.

Difficulty finding locations for wind farms with a constant and steady supply of wind means that many turbines do not work to optimal capacity. From an aesthetic perspective, they are also regarded as a blot on the landscape.

The answer for utilising wind energy more efficiently lies in using floating deep-sea wind turbines as the DEEPWIND concept. These take full advantage of the stronger and more consistent winds on the open sea further from the coast line. Current offshore technology is largely based on its onshore counterpart, despite the significant differences in conditions and environment. The 'Future deep sea wind turbine technologies' (DEEPWIND) project is a four-year initiative that has received funding from the EU's Seventh Framework Programme (FP7). DEEPWIND aims to develop a dedicated, novel and reliant wind energy technology less costly than existing offshore wind energy.

Design and optimisation works have been supported by development of wind turbine design tools for more efficient and cost-effective deep-sea use of the DEEPWIND concept, consisting of a 2-bladed Darrieus rotor and a long spar buoy extending subsea. An aero-elastic modelling suite integrates results from explorations done on the few main parts of the concept and calculates the effects of external loads on the wind turbine, floater, power transmission and loads transmitted to the sea bed via the mooring system. The team has also delivered computer code for the blade pulltrusion manufacturing process, for generator and wind turbine coupling as well for turbine control simulation. Results have been published in numerous scientific journals and conference proceedings.

DEEPWIND developed a proof-of-principle prototype one kilowatt (kW) wind turbine to demonstrate the principle under near-to-realistic operating conditions and in controlled conditions of an ocean laboratory and in a wind tunnel. A monitoring system has provided data about movements of the rotating components and submerged parts. Researchers have begun analysis of the power transmission, mooring and torque absorption components relative to environmental conditions such as wind, waves and currents.

In parallel, the team has been preparing an outlook for a 20 megawatt (MW) baseline design, based on upscaling the 5MW conceptual design into a 20 MW design.

DEEPWIND has been presented in the news media and at various conferences, spurring creation of a new theme on deep offshore and floating installations at conferences of the European Wind Energy Association. DEEPWIND results show that gusty winds far out to sea producing electricity are better tolerated than existing horizontal-axis wind turbines, and that the concept has acquired an important niche and increased momentum from public awareness, pushing technology one step closer to commercialisation.