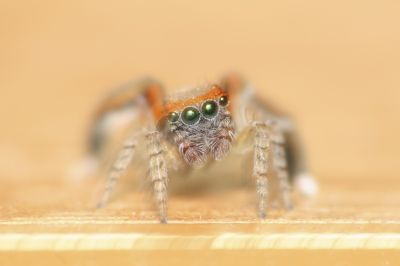 Scientists investigating the impacts of climate change need to understand how multiple environmental stressors combine to affect individuals, populations and ecosystems. In marine ecosystems, stressors appear to have a significant effect on the larval stages of organisms.

Most aquatic organisms pass through a highly vulnerable larval stage, which they must survive into adulthood in order for the population to continue. However, even closely related species differ in their life history and use of habitat, which can make a major difference in how they respond to stress.

An EU-funded project, EARL, studied the combined role of salinity and temperature (which are influenced by climate change) and pharmaceuticals on marine organisms. Researchers used three closely related species of European shrimp (Palaemon serratus, P. longirostris and P. varians). The hypothesis was that the shrimp larvae's responses to the different stressors will depend on their life history.

The species used were economically and ecologically important estuarine-coastal shrimps, which were exposed to environmental variability. Scientists used tools from ecology and biochemistry to establish the relationship between larval traits, adaptive strategies and larval survival.

The three chosen pharmaceutical compounds were diclofenac sodium, clofibric acid and clotrimazole. Results showed how the effects of these emergent compounds were different among the model species and stronger when the shrimps were under some additional stress.

Researchers concluded that an assessment of the effects of emergent compounds should take environmental stress into account when designing experiments. This involves considering inter-specific life histories approach and more than one stage (embryonic, larval, juvenile or adult) in species with complex life cycles.

EARL will fill a current gap in the scientific knowledge as research is scarce with regard to larval biology and trait-mediated effects in the marine environment. The project's methods can be used as a guide for future research on the effects of pharmaceuticals on physiological processes or on the effects of pollution on ecosystems.

Furthermore, results from the EARL initiative will help to predict changes at the population level and help research facilities to adapt in response to future climatic conditions.