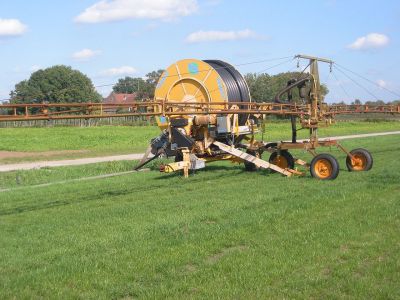 Irrigated farms are the biggest consumers of fresh water in the Mediterranean region. EU-funded researchers addressed this issue, working alongside farmers to develop water management tools and techniques.

The overall aim of the 'Sustainable use of irrigation water in the Mediterranean region' (SIRRIMED) project was to optimise the use of water for irrigation. The approach used was based on integrated water irrigation management. This method considered improved water-use efficiency at farm, irrigation district and watershed scales.

Project partners assessed different irrigation scheduling techniques and environmental sensing tools on open crops and greenhouse tomatoes. As a result, several deficit irrigation (DI) strategies were shown to increase crop water productivity by 20-50 %, with no significant effect on the quality or quantity of the produce.

The DI strategies focused on irrigation during drought-sensitive times with minimal or no irrigation when rainfall was adequate. This approach resulted in saving 5-30 % of the irrigation water that would have normally been consumed. Furthermore, the covering of water reservoirs was a simple and effective measure that reduced the loss of water by 80 %, with the additional benefit of limiting algal growth.

A key factor to SIRRIMED's success was the outstanding collaboration with local growers and other stakeholders. This included holding meetings in order to identify and prioritise problems and goals at the farm and district levels.

Cooperation also resulted in the acquisition of critical field data, which was needed for the calibration and validation of tools for the district information system (DIS). The DIS combined field data with remote satellite images, which were used to simulate the distribution and allocation of water resources. This enabled effective daily scheduling and strategic long-term planning.

A better understanding of the impact of different irrigation strategies on soils and crops will allow improving the current level of productivity in line with sustainable practices. Therefore, improving irrigation technology will enable European farmers to become more competitive as one of the direct consequences will be an increase in net revenues.

Another benefit is that new irrigation management practices will make the farming system more flexible and adapted to European regulations and to socioeconomic changes. In addition, Mediterranean Partner Countries will profit from the technological innovations.

SIRRIMED represents a significant joint effort between scientists and farmers and other stakeholders to reduce irrigation water consumption. However, at the same time, crop productivity and quality will be increased in the Mediterranean region.