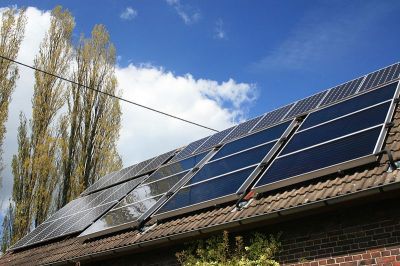 EU-funded scientists are replacing the conventional molten salts in solar technologies with a suspension that can capture and store heat at higher temperatures.

Solar energy is an important alternative renewable resource that helps mitigate the negative environmental impact from carbon dioxide emissions. Concentrated solar power (CSP) uses mirrors to concentrate sunlight and capture it as heat, which then drives an engine or turbine. To produce electricity on a competitive basis, the efficiency and safety of CSP plants have to be improved. A limiting factor of existing CSP plants is the heat-transfer fluid (HTF).

The aim of the EU-funded project 'Concentrated solar power in particles' (CSP2) is to use a dense gas-particle suspension (DPS) as an alternative HTF that allows working temperatures higher than 550 degrees Celsius. The solid phase consists of any particulate mineral that withstands high temperatures. The solid particles can also be used as a thermal energy storage medium due to their high heat capacity.

Compared to standard HTFs, the particulate solid material has advantages regarding environmental impact and safety concerns. Large quantities of the particles can be easily produced at low cost without any chemical process development.

The project's overall goal is to demonstrate the performance of a pilot-scale receiver with 100-150 kilowatt thermal capacity. So far, project members have modelled heat transfer and fluid flow of the gas-particle suspension in tubes and in a complete tube-bundle solar receiver. Experimentally, on the one hand circulating particles were heated up to 750°C (with preheating at 500°C) in the one-tube lab-scale solar receiver, and on the other hand the pilot-scale receiver was operated on-sun in closed circuit for up to 5 hours with  particle circulation flow rate of about 1 t/h, in a first series of experiments. Scale-up studies are also being performed for industrial CSP facilities. The engineering model has predicted a good thermal performance for 10-50 megawatt thermal capacity with efficiency exceeding 70 %. The environmental impact assessment study is ongoing and has to date shown that particle attrition is very low.

CSP2's solution of using solid particles in a solar receiver is a radical alternative to the hitherto-used liquid or gas HTFs. Given that elevated temperatures require less heat-transfer material, the DPS enables a power plant configuration that leads to savings.