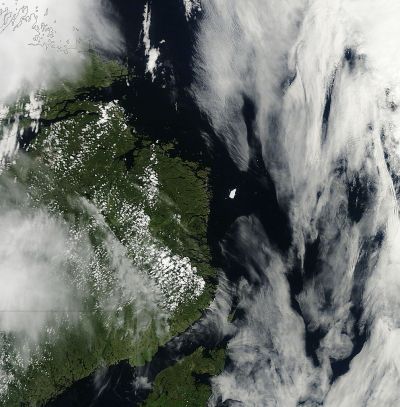 Sea ice distribution and sea surface temperature (SST) in the North Atlantic have affected Europe's weather and climate by determining precipitation and wind patterns, and changes in temperature. Knowledge of these factors and how they will alter over the coming years is vital for society and the economy, which need accurate data for planning and decision making.

Because of their importance to Europe's climate, North Atlantic and Arctic SST and sea ice variability are being investigated by the EU-funded NACLIM project. Researchers will analyse current prediction experiments and assess the quality of predictions for SST and sea ice distribution, and the related climate.

Project partners will also conduct long-term observations of relevant ocean parameters in order to determine the accuracy of model-based prediction results. They will identify observations that are key to the quality of predictions and improve the current observation system. In addition, researchers will measure the effect of North Atlantic and European climate change on oceanic ecosystems and urban societies.

Researchers found that the declining strength of circulating ocean currents in the subpolar gyre in the late 1990s could have been predicted using the ocean state. It was also discovered that a reduction in sea ice concentration in autumn in the region between the Barents Sea and Kara Sea can predict cold winters in north-western Europe.

Furthermore, the consortium also determined that by the mid-21st century the Arctic will be ice-free in the autumn. This will significantly warm (by up to 10 degrees Celsius) the overlying atmosphere and large areas of high-latitude continents during the autumn and early winter.

The consortium studied climate change prediction models to investigate the impacts on urban environment. The resulting and highly accurate predictions were coupled with socioeconomic data for three European cities to produce heat risk maps. They showed that cities appear to exhibit 2–3 times as many 'heat wave' days as rural areas. This was an important finding as most countries' heat–health action plans are rolled out on the basis of temperature predictions for rural areas.