The solubility of volcanic gases 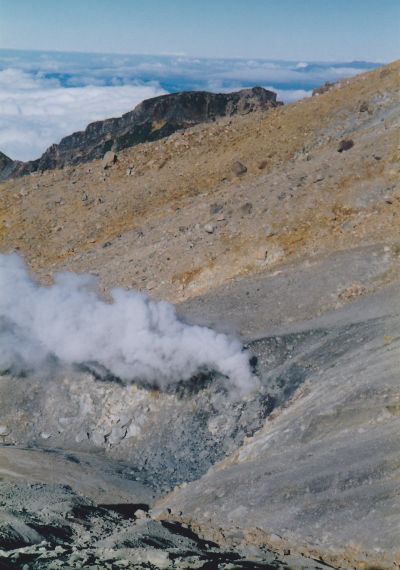 Understanding the processes that influence volcanic activity is important for modelling and predicting potentially devastating volcanic eruptions. A major consideration is the composition of volcanic gases, which may emanate directly from lava, be trapped in rock cavities or be dissolved within magma.

The solubility of gases within magma (mainly water vapour and carbon dioxide in silicate melts) is dependent on pressure, temperature and magma composition. To develop models of volcanic processes, the EU-funded ʹSolubility of volatiles in magmas' (SOLVOM) project sought to understand how compositional parameters affect mixed gas solubility.

SOLVOM developed models and designed laboratory experiments to understand the dynamics of magmatic systems under the high-pressure and -temperature conditions deep within the Earth. Since gases play a fundamental role in forcing magma to ascend and erupt, researchers also looked at water vapour/carbon dioxide partitioning and solubility in silicate melts.

They developed an equation-based model to predict the maximum carbon dioxide solubility in various silicate melt compositions under specific temperature and pressure conditions. They also performed over 100 experiments to predict the solubility of chlorine in magma, and determined that sulphur increases magma viscosity, resulting in explosive eruptions.

Finally, SOLVOM used a mathematical model to predict volcanic 'rejuvenation', where volcanoes reactivate after being dormant for any time period between 20 days and hundreds of years. This new information could help scientists to better forecast aspects of volcanic eruptions.