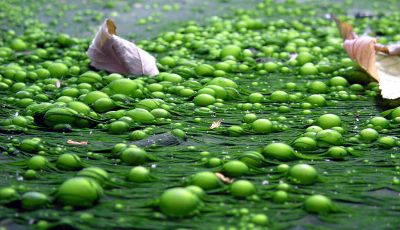 Shallow lakes have been greatly affected by increased concentrations of nitrogen and phosphorus from intensive agriculture and increased human populations. These key nutrients for plant growth enter the aquatic environment, changing clear water to turbid through a phenomenon called eutrophication.

Eutrophication can lead to the replacement of aquatic plants by large blooms of phytoplankton and the loss of species at every level of the food chain. In combination with the impacts of eutrophication, freshwater ecosystems are also threatened by climate change both now and in the future.

The PRECISE project investigated the extent and rate of change in shallow lake biodiversity and ecosystem function resulting from eutrophication and climate change. Researchers took a long-term perspective based on a three-way approach that considered distinct combinations of climate and nutrient effect over time. The three approaches involved large-scale experiments under controlled conditions (mesocosm), contemporary time series analysis and analysis of ancient lake sediments.

Project partners complemented available biodiversity data with measurement of algae production from the lake bed and the water column. They also determined production pathways using stable isotope analysis. Analysis of existing data from lake sediment was used to compare contemporary changes in temperature and nutrients with past changes.

The work conducted by PRECISE has increased scientific understanding of the effects of eutrophication and climate change on shallow lakes. This was achieved by explaining how these two factors relate to changes in biodiversity and ecosystem function.