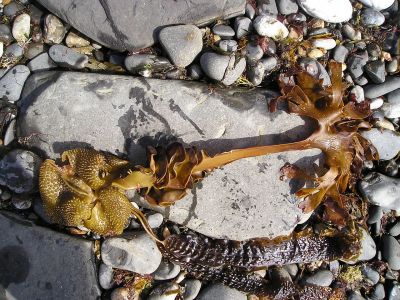 Scientists investigated how much iodine is released by seaweeds into the atmosphere to facilitate the development of better models of aerosol formation and atmospheric chemistry.

Brown seaweeds are excellent accumulators of iodine, which can be released into the atmosphere in form of “pure” molecular iodine, I2, or as molecules called iodocarbons. These molecules are suspected to be the key to marine aerosol formation and consequently also influence the absorption of the Sun's energy by the atmosphere.

Therefore knowing the magnitude and composition of gas containing iodocarbons or molecular iodine (I2) emitted by brown seaweeds is essential for models that describe the formation of marine aerosol. However, obtaining data under realistic conditions is a difficult task.

The 'Absorption of light, macro-algae and the atmosphere' (ALMA-MATER) project was established to identify and describe and study potential sources of gaseous iodine and other halogenated compounds.

Researchers used a new absorption spectroscopy technique to identify natural sources of I2 and iodocarbons. Therefore, the brown seaweed Laminaria (commonly known as kelp) was collected from the Irish coast and its gaseous emissions studied.

When Laminaria is put under stress at low tide it releases I2 together with a number of volatile iodocarbons. Researchers tested the hypothesis that seaweed is the source of iodocarbons in the marine boundary layer by studying gaseous emissions of seaweed in the laboratory. The marine boundary layer is the part of the lower atmosphere directly influenced by the ocean's surface.

Additional experiments were conducted to investigate the known emission of I2 from Laminaria digitata over six-hour tidal cycles. The aim was to study its ability to recover from external oxidative stress factors.

Work carried out by the ALMA-MATER consortium used a multidisciplinary approach to develop new spectroscopic techniques and answer longstanding questions regarding seaweed physiology and the atmosphere.