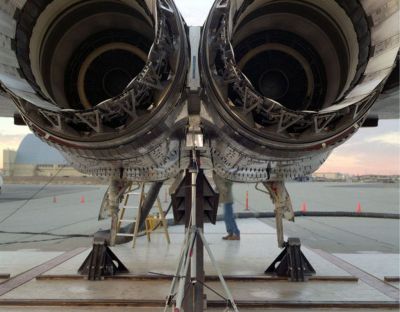 Enhancing the efficiency of propulsion can reduce fuel consumption and emissions in the air transport sector. Novel concepts such as multiple distributed propulsion systems and integration of propulsion into the airframe could help achieve goals.

Decreasing dependence on diminishing fossil fuels is a key EU priority that will also aid in reducing harmful emissions and environmental impact. Novel propulsion concepts are the subject of intense research activity to achieve those goals in the aerospace sector.

Hybrid energy sources have been shown to decrease power requirements. They include distributed propulsion with multiple propulsive devices or a propulsive fuselage in which the power plant is fully or partially embedded in the airframe. They take advantage of wake filling and boundary layer ingestion (BLI) commonly used in torpedoes, missiles and ships. Systems suck in air at the boundary layer between projectile and fluid (air or water), re-energising the wake and minimising kinetic energy loss.

These energy sources have not been investigated through practical implementation in realistic aircraft systems. The EU-funded project 'Distributed propulsion and ultra-high by-pass rotor study at aircraft level' (DISPURSAL) was initiated to fill the gap. Scientists are taking a holistic view, evaluating component architectures, engine–aircraft integration issues, and overall impact on aircraft performance and emissions. In the end, they plan to deliver a technology roadmap for establishing distributed propulsion as a validated option for enhancing the sustainability of air transport and of the industry's competitive position.

From an initial pool of potential technologies, the team has chosen a hybrid wing body with multiple BLI fans on the upper side of the fuselage to test the distributed propulsion concept. The propulsive fuselage concept will be tested with an aft-mounted BLI fan that encircles the fuselage and is powered by a gas turbine in the fuselage aft cone. The design also includes two modern and fuel-efficient (ultra-high bypass ratio) turbofan engines installed under the wing for redundancy.

DISPURSAL expects to demonstrate the significant reductions in fuels consumption and emissions afforded by technologies projected to reach technology-readiness levels of 6 by 2030.