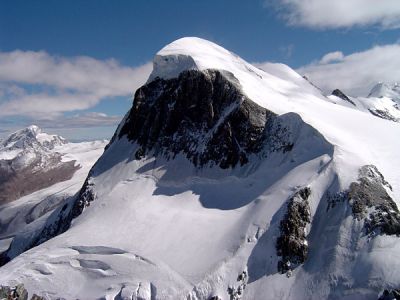 Mountains, fot. By ChrisO (Photograph by Author) [GFDL(httpwww.gnu.orgcopyleftfdl.html) or CC-BY-SA-3.0

EU researchers examined mineral dust deposited on Mount Elbrus in southern Russia to identify its properties, source, and the conditions for its transportation and deposition. The aim was to increase understanding of how mineral aerosols are transported in the atmosphere and their impacts on climate change.

Glaciers around the world are shrinking due to climate warming. They are also affected by the presence of mineral dust, which makes them darker and increases melt rates. The dust can originate locally or from thousands of kilometres away, and is transported in the atmosphere before being deposited on glaciated and snow-covered areas.

Dust such as that from deserts can also affect the geochemical cycles found in high-altitude environments. This is because the minerals that it contains supply oxides of iron and other nutrients to the streams, rivers and lakes fed by melting snow and glaciers.

The 'Dust impacts on glaciated environments' (DIOGENES) project investigated the twin threats of glacier shrinkage and impact of dust on the climate system. Field work was conducted on Europe's highest peak, Mount Elbrus in the western Caucasus mountains. The elevation of 5 642 m above sea level and its proximity to the Sahara and the Middle East makes it ideal for trapping dust.

Ice cores and cores taken from compacted snow are the best archives of desert dust deposition events. Scientists therefore extracted two cores from Mount Elbrus that were analysed for the presence of mineral dust, chemical composition and particle size distribution.

The cores were also dated to determine when deposition of the dust occurred and its original location was identified. This was achieved using a new technique developed by DIOGENES based on satellite imagery and meteorological data. Results showed that desert dust deposition was highest between March and June. Snow melt starts in the Caucasus in May/June, therefore the timing of the dust deposition maximises its impact on glacier melt.

Methodologies developed DIOGENES can be applied to other high-altitude regions of Europe with extensive snow cover. In addition, data on the reflectance of dust will enhance glacier and hydrological models. Knowledge on the impact of desert dust on the geochemistry of high-altitude environments has also been significantly improved.