The climatic role of aerosols 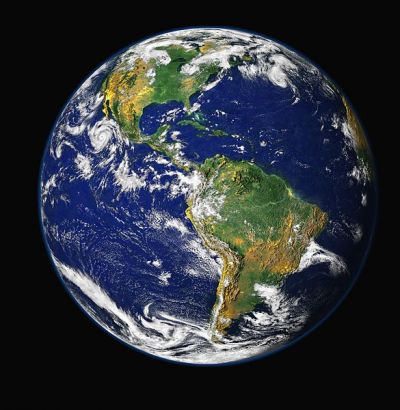 An EU study worked to determine the role of atmospheric aerosols in climate processes. Satellite data show the distribution of atmospheric particle sizes, facilitating constant monitoring, issue of warnings, and better understanding of the dynamics.

Aerosols are small particles suspended in the air, and can be of either natural or man-made origin. They play a significant role in climate change; however, the exact extent is unknown.

The issue is an international research priority, and the EU funded the two-year AEROMAP project to investigate. The key question was how aerosol quantities and compositions vary around the globe and over time, which the project addressed using daily whole-Earth satellite maps. The goal was to subdivide the globe into distinct aerosol types, and to show the distribution of particle sizes in the atmosphere.

AEROMAP developed and validated new data mining tools, based on cluster analysis and neural networks. The tools convert satellite data into aerosol microphysical properties for various globally distributed aerosol types. The near-daily maps allow monitoring and classification of aerosols as they move about the Earth.

Concerning the feasibility studies, AEROMAP determined that average global distribution of aerosols can be separated into 10 distinct regions, each having a particular composition. Neural network models analysed eight years of daily data for each region. The models were validated in terms of being able to retrieve aerosol microphysics.

Hence, the project produced global maps showing size distributions of atmospheric aerosols, used to monitor the evolution of atmospheric events. It was not previously possible to observe the evolution of such events, especially over large uninhabited areas such as deserts or oceans. The study also created the first near-daily maps of global air quality produced from aerosol microphysics rather than chemistry. The team developed two indices showing potential impact on health and visibility.

AEROMAP provided a new understanding of the dynamics of atmospheric aerosols, an important factor in climate change. The project enabled use of satellite data to create almost-daily whole-Earth maps of aerosol properties and their effects.