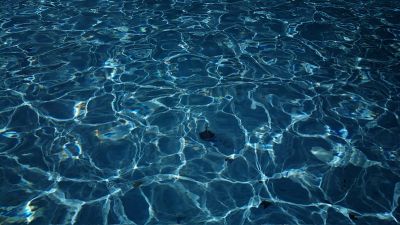 Sunlight-driven photocatalysis is one potential method that helps derive clean water from waste effluents. However, the absorption spectrum of most semiconductor materials used is typically in the ultraviolet (UV) range. Another drawback is their low photoefficiency.

In the NANOHAP project, scientists sought to overcome these limitations by developing thin-film materials with bandgaps in the visible spectrum and with efficient charge transfer. To this end, focus was placed on modifying the TiO2 surface with noble or transition metals to improve photoefficiency.

Scientists used a magnetron sputter source for preparing the TiO2 photocatalytic thin films that were used as substrates for depositing other metal nanoparticles (NPs). These included silver, copper and platinum, deposited by gas flow sputtering (GFS). Focus was placed on the nature of the glass substrate, the sputtering time and the process parameters to achieve the optimum photocatalytic capability of each NP.

Different microscopy and spectroscopy techniques were used to investigate NP morphology and quantify the amount of particles and the metal oxidation state. To evaluate TiO2 photocatalytic activity, the project team performed tests based on molecular decomposition. In addition, its photo-induced properties were analysed by measuring the water contact angles upon UV irradiation.

The type of glass used as a substrate for TiO2 was found to greatly impact test material photocatalytic activity, with float glass achieving the highest efficiencies. Scientists used glass substrates covered with the TiO2 semiconductor, with a layer thickness of around 500 nm. Compared to its counterparts, platinum was found to greatly enhance semiconductor photocatalytic activity.