The fate of organic pollutants in rivers 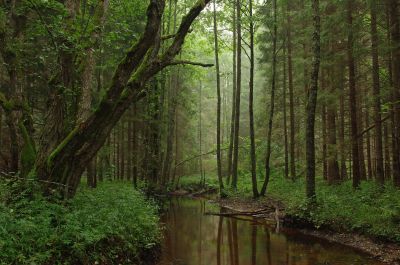 Researchers have shown that bacteria in riverine ecosystems can break down common organic pollutants.

Scientists have been puzzled for years by what is known as the riverine input–output paradox for organic pollutants (RIOPOP). This is the phenomenon whereby pollutants introduced into a river upstream are no longer carried by the river when it reaches the sea.

The EU-funded DEGRAPOLL project investigated this occurrence to better understand how rivers process organic pollutants. The project focused on sulphonamides, a common class of antibiotics linked to the rise in antibiotic-resistant bacteria.

Project members collected water and rocks from two different points (upstream and downstream) of the Llobregat river in Spain. These were used to create artificial ecosystems with two different concentrations of sulphonamides.

Researchers tested overall changes in sulphonamide concentrations and markers of microbiological growth. They found that in both cases, certain bacteria from biofilms on the rocks were able to break down the sulphonamides in the ecosystem.

This is an important finding for toxicity assessments of new chemicals, as the by-products themselves may be harmful. DEGRAPOLL has contributed significantly to scientists' understanding of RIOPOP and river systems in general.