The curious case of the disappearing sea rubbish 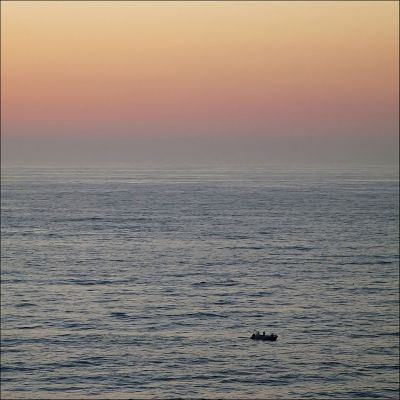 When you think about the Earth’s oceans you probably imagine stretches of deep, dark water, exotic marine life and pristine waves. You probably don’t think of vast islands of plastic waste such as the Great Pacific Garbage Patch, an expanse of rubbish which some say is bigger than the continental United States. It was feared that collections of plastic debris like this were growing in line with our increasing rates of plastic production over the past decades. However, scientists have recently discovered that these floating eyesores are mysteriously receding – and that’s actually not a good thing…

Forbes tells us that the plastic is possibly being drawn down into the depths of the ocean: ‘Various marine plants and animals could be anchoring themselves to the debris – a process called biofouling – making it so heavy that it no longer floats’. Alternatively, the tiny plastic particles are being eaten by small marine creatures, which are in turn eaten by larger fish which may ultimately end up in the human food chain.’

Another possibility is that marine bacteria are breaking smaller pieces of plastic down to sub-microscopic sizes. A fourth scenario, which Forbes tells us the study authors offer little credence to, is that the smaller particles could be washing ashore.

Live Science quotes Andrés Cózar, the study co-author and an ecologist at the University of Cadiz: ‘The deep ocean is a great unknown. Sadly, the accumulation of plastic in the deep ocean would be modifying this mysterious ecosystem — the largest of the world — before we can know it.’

According to Live Science, researchers drew their conclusions by analysing the amount of plastic debris floating in the ocean, as well as global plastic production and disposal rates: ‘In the 1970s, the National Academy of Sciences estimated that about 45 000 tons of plastic reaches the oceans every year. Since then, the world's production of plastic has quintupled. Cózar and his colleagues wanted to understand the size and extent of the ocean's garbage problem.’

The research team did this by circumnavigating the globe in a ship called the Malaspina in 2010, collecting surface water samples and measuring plastic concentrations. The team also analysed data from several other expeditions, looking at a total of 3 070 samples.

In light of the drastic increase in plastic produced since the 1970s, the researchers estimated that there would be millions of tons of garbage in the oceans. However, the vast majority of the small plastic pieces, measuring less than 5 mm in size, were missing. The research summary states: ‘The global load of plastic on the open ocean surface was estimated to be on the order of tens of thousands of tons, far less than expected. Our observations of the size distribution of floating plastic debris point at important size-selective sinks removing millimeter-sized fragments of floating plastic on a large scale.’

It seems that the mystery of the disappearing sea rubbish will remain a secret of the ocean for now!